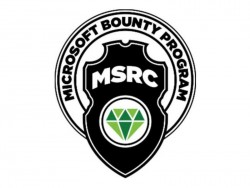 The highest amount was paid under the Hyper-V Bounty Program, which deals with vulnerabilities in the virtualization layer of Windows 10, Windows Server 2016 and containers for Windows and Linux applications in the cloud. Microsoft currently has 17 such programs, with the Hyper-V program offering the highest possible reward of up to $ 250,000.

“Averaging more than $ 10,000 per award across programs, each of the 1,200+ eligible reports reflects the talent and creativity of the global security research community and their invaluable partnership in addressing the challenges of an ever-changing security environment,” it says in a blog entry by the Microsoft Security Response Center (MSRC).

What is fire protection documentation? | Pentest7

You may have missed

What is fire protection documentation? | Pentest7